HISTORY RECOGNIZES EVIDENCE OF THE work of Mihailo Petrović Alas made in the field of cryptography, used for state intelligence purposes between the two World Wars, and that evidence will gain even greater future prominence due to the increasing importance of the area in which he left it. About Petrović’s work and results in the field of ciphers there are no public records, which is not surprising, given that even academic results concerning codes between the two World Wars were considered military and state secrets. Documents available to us, and which originate from the Chief of Staff prior to the Second World War, show that M. Petrović made significant achievements in the design and analysis of coding systems, taking into account the totality of knowledge available at the time, as well as in the education of agents working in the fields of coding for state intelligence.

Cryptography has developed for more than two millennia as a skill which enables protection of secrecy of contents (information), and is today one of the basic approaches for ensuring security and privacy in the digital space. Over centuries, a great number of methods for achieving cryptographic protection or coding have been developed. Figure 1 shows a copy of a document from the time of Mihailo Petrović which “explains cryptography and coding.” Until the 1950s, coding was based on a combination of skill and mathematical methods. From the mid twentieth century onward, establishment and intensive development of cryptography began as a mathematically oriented academic discipline, providing a basis for ensuring security and privacy in the digital space where cryptography and coding are key elements.

Contemporary cryptography is built on modern knowledge, technology, and procedures, compared to which the stock of knowledge, and methods of ciphering, in the 1930s is more than modest, and therefore could not be the foundation for designs that could have long-term use and a high degree of security. Petrović was aware of this already: he indicates such in an introduction to ciphering (see the last sentence of the text on Figure 1 which indicates that all techniques of ciphering used in the First World War were shown to have been unreliable). Therefore we hold that it is necessary to frequently change the methods of ciphering used in the field. 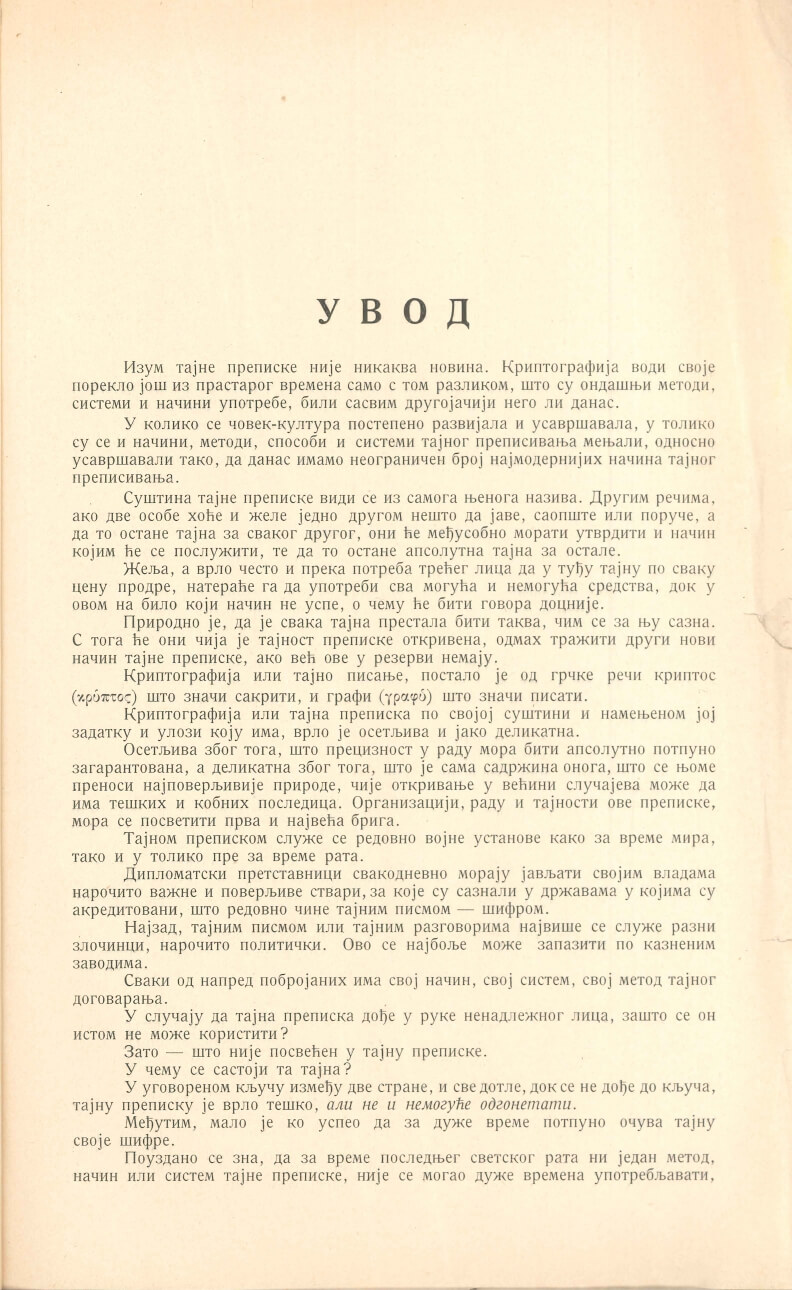 Cryptography in the Chief of Staff Head Office

Petrović’s achievements in the field of cryptography and ciphering are documented in 15 volumes of the Department for Ciphering of the Intelligence Service of the General Staff Head Office of the Kindgdom of Yugoslavia, under the title “Cryptography – school for training in ciphering” as well as in 24 volumes entitled “The System” (of coding). In these documents, it was recorded that Petrović’s work and results of that work are to be found in: (a) ciphering methods; (b) methods for “cracking” codes and (c) training in ciphering techniques and cracking of messages that had been coded. Among the volumes of the series “Cryptography – school for training in ciphering” the following has been emphasized as particularly interesting: 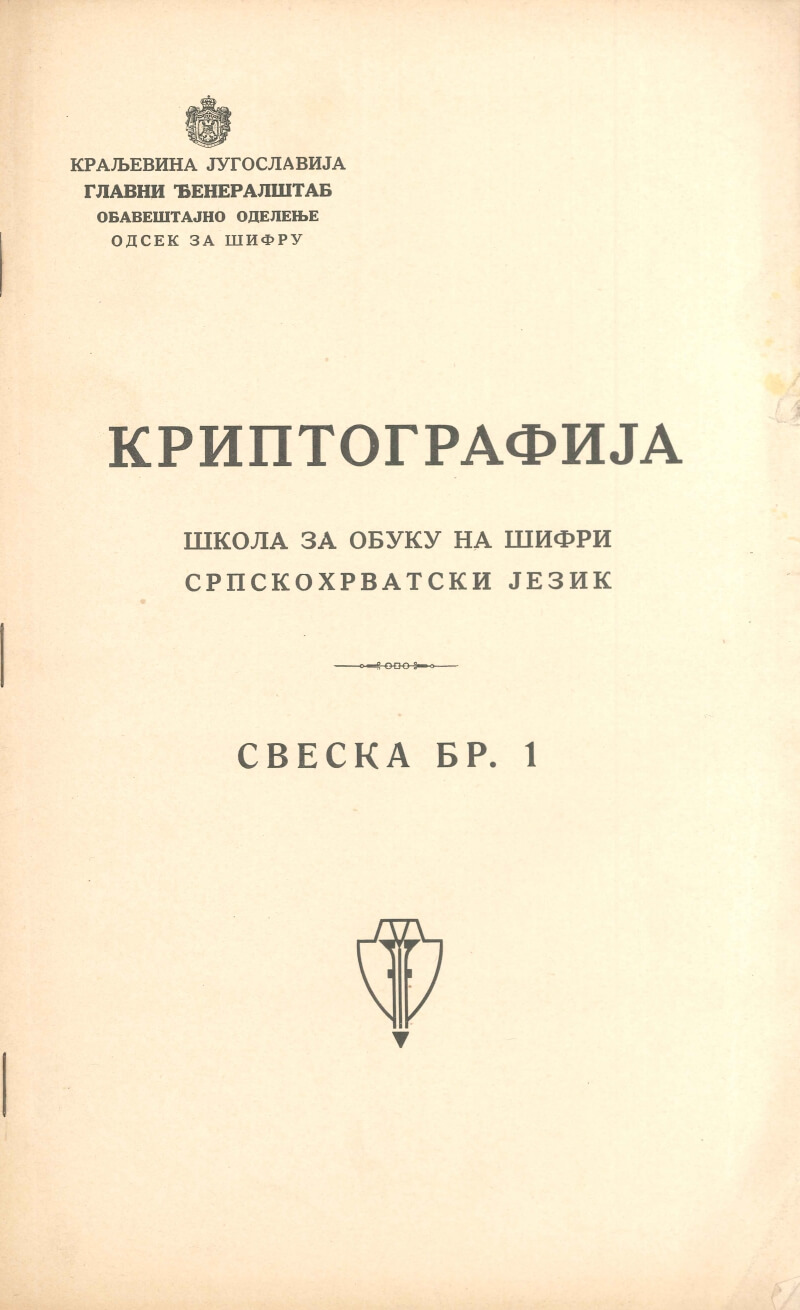 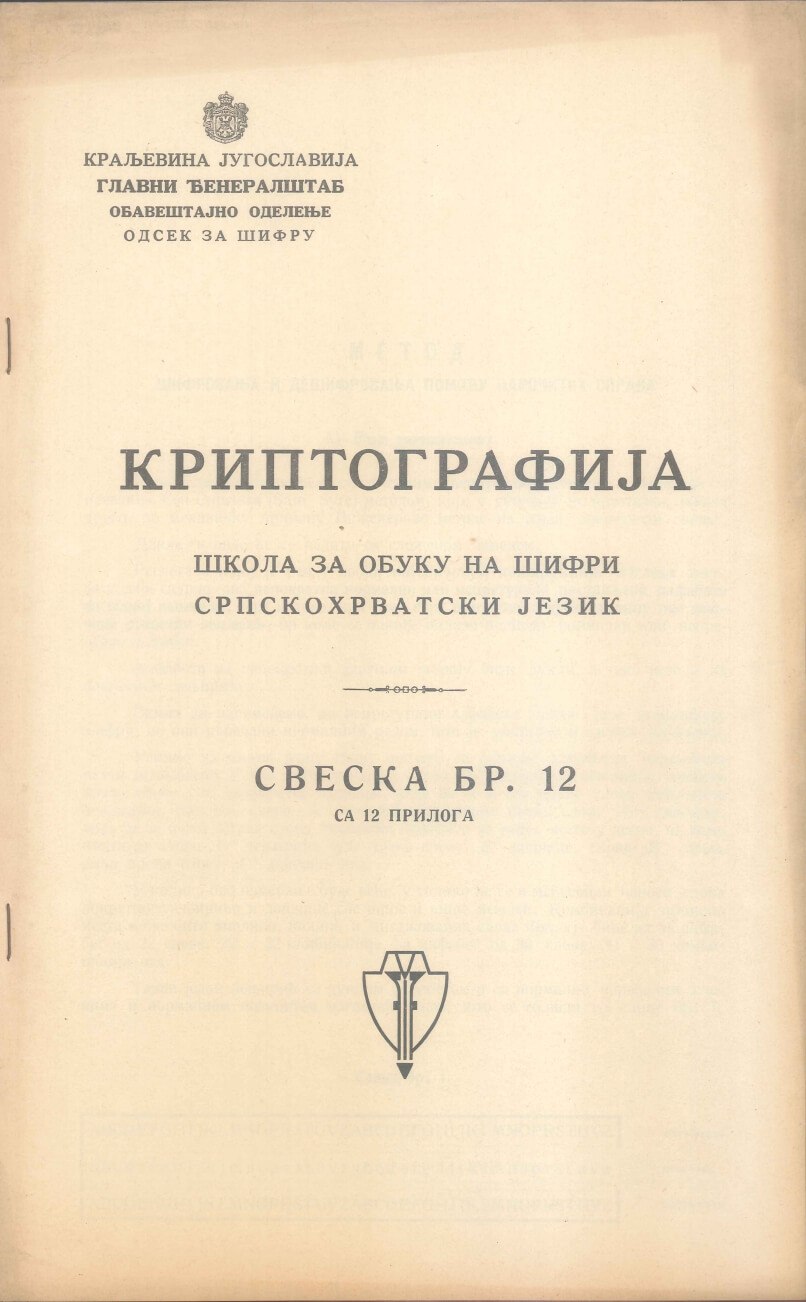 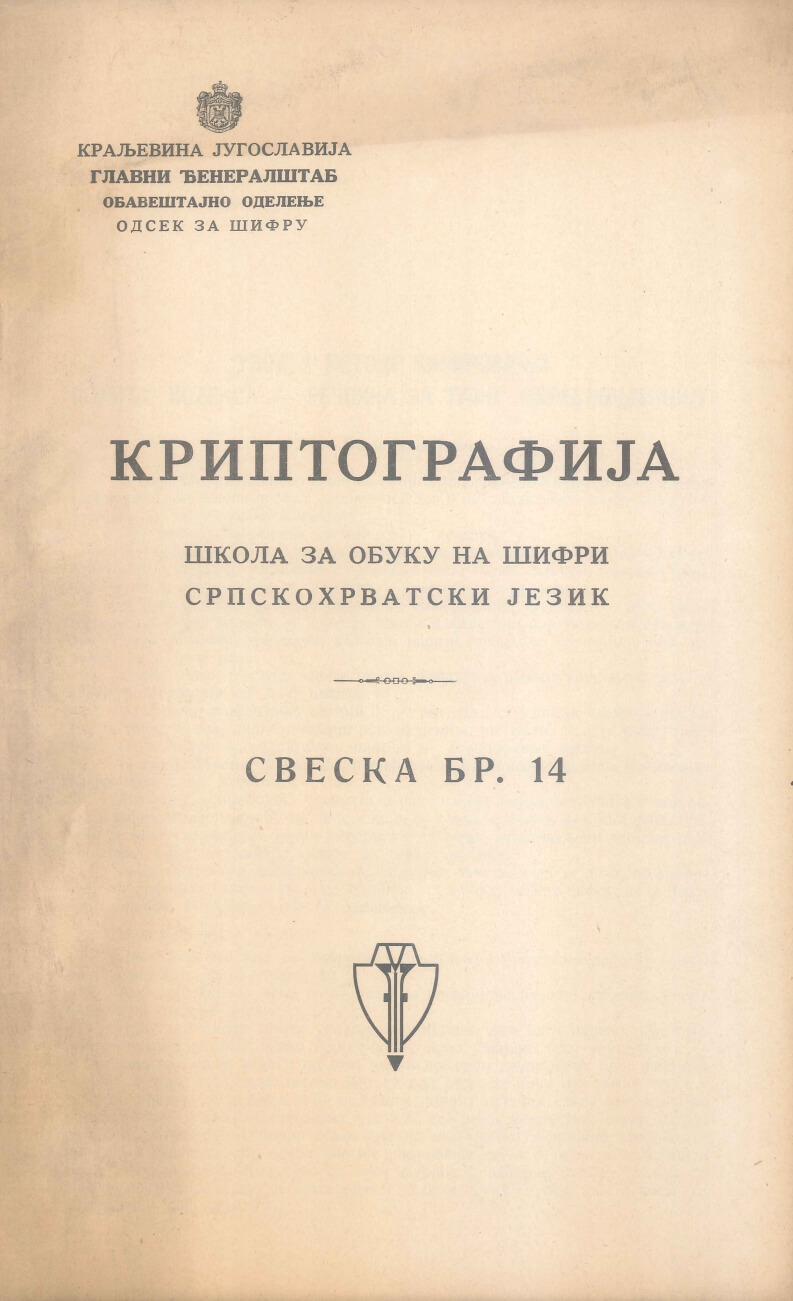 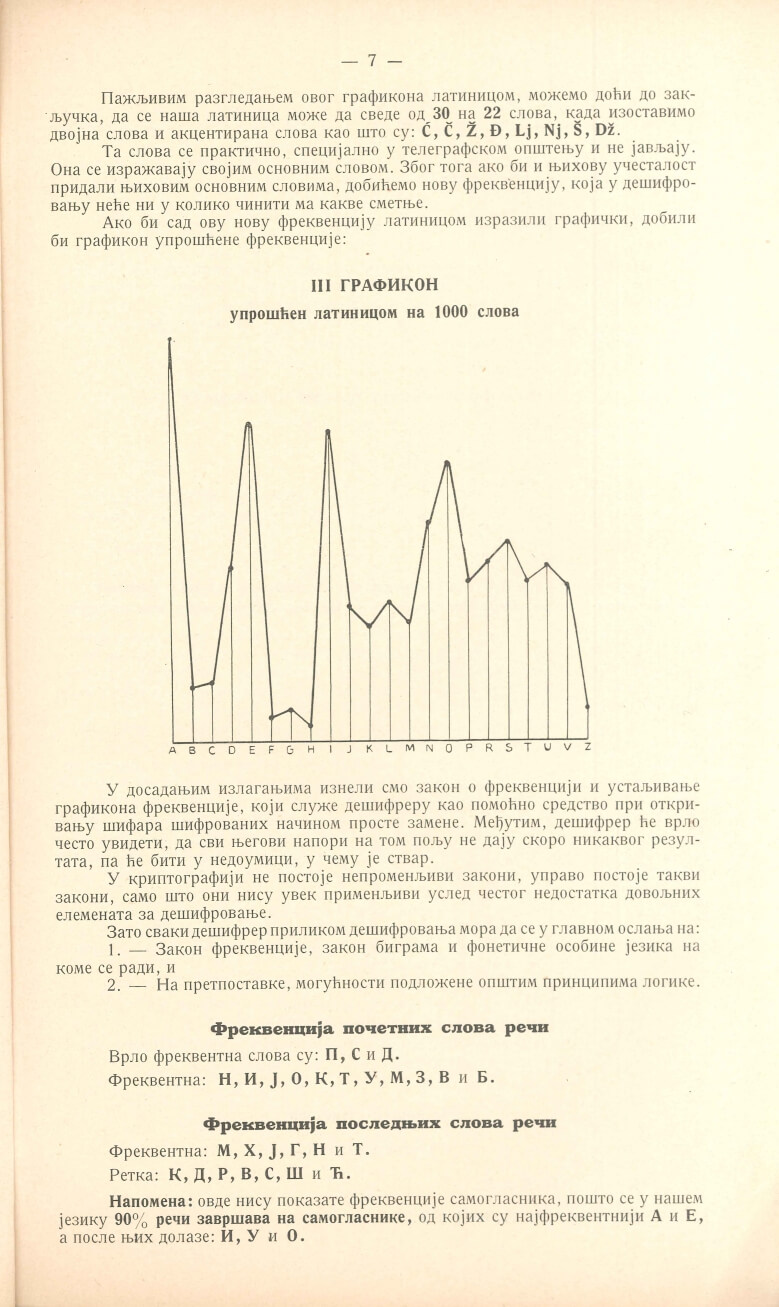 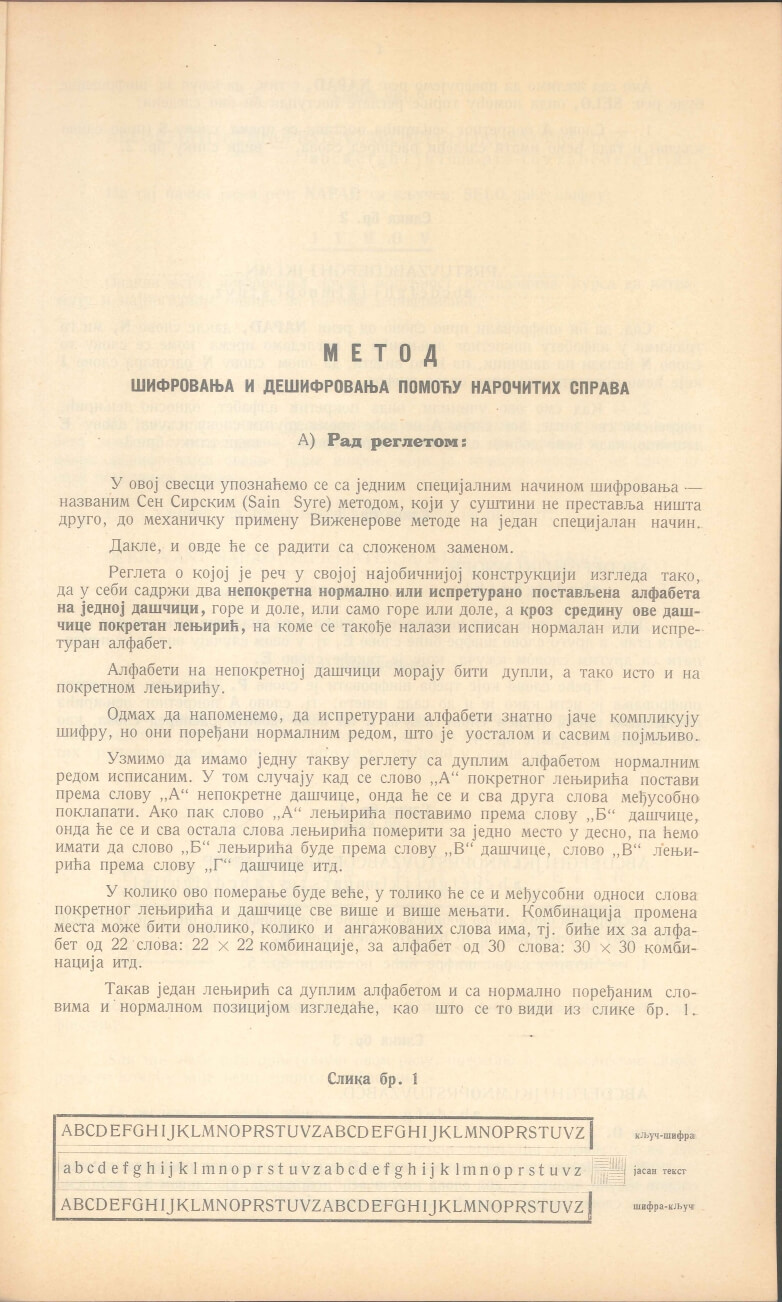 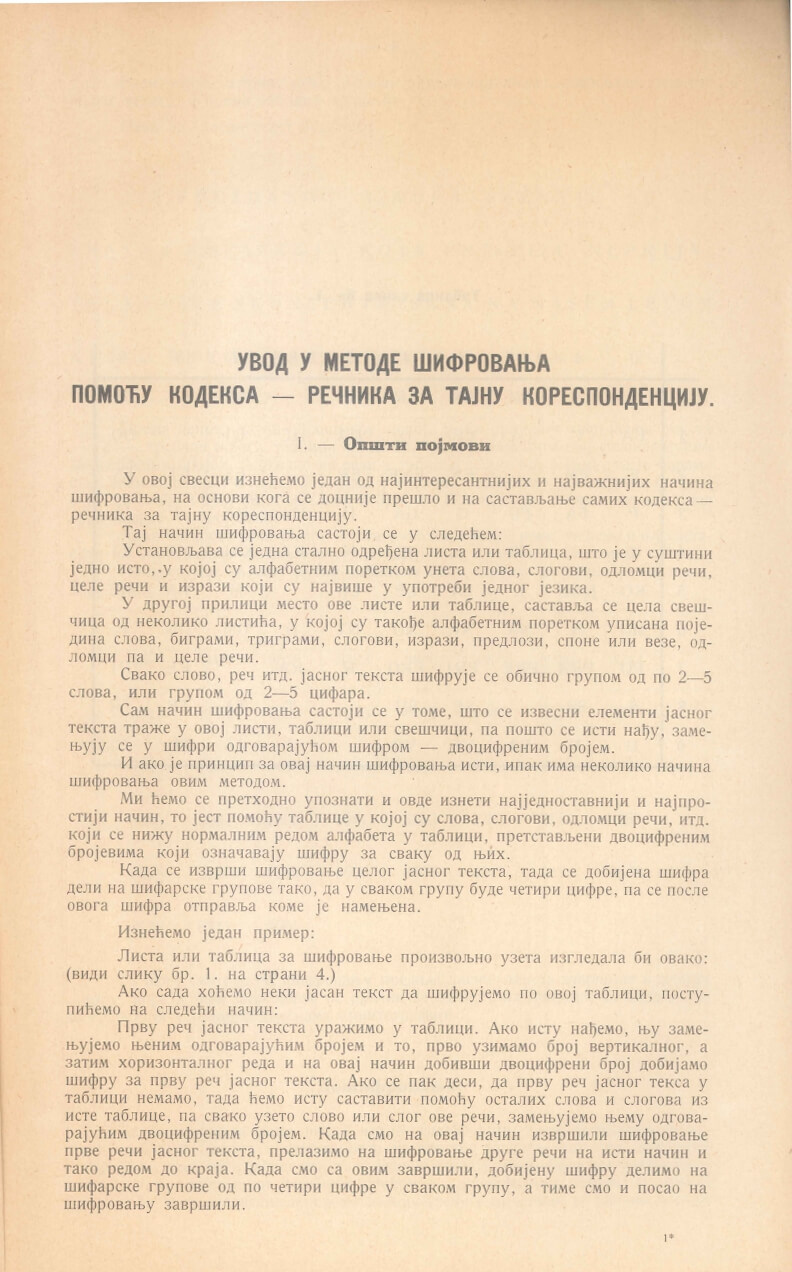