FAMOUS MATHEMATICIAN AND ACADEmician Mihailo Petrović was remembered as a person with a somewhat unusual secondary calling – fishing. Some even knew him only by his nickname, Mika Alas, which he got from spending time in the company of fishermen from the Belgrade riverbanks wasteland. It is less widely known that behind this familiar nickname lie not only his fishing glory, his popularity in bohemian circles, and a hobby of a somewhat eccentric mathematician, but also a long and systematically developed career of a fishery expert, a fishing entrepreneur, and an oceanographic researcher. This part of the personality and work of Mihailo Petrović is the least known to the public, in part because of his inherent modesty. His work in the field of fishery is important for the history of the fish diversity studies.

Mihailo Petrović first became an alas, a master river fisherman, and only then was he a mathematician. From an early age, at the insistence of his grandfather Novica, for reasons of his health as was a sickly child, Mika Alas spent a considerable part of his time on the Sava and the Danube rivers. He began apprenticing with Master Gašpar in 1889, as a third-year student of the High School. Later on he became a fishing journeyman, working with the Arsa Ilić Ciganin. When he graduated from the Faculty of Philosophy of the Great School in 1895, he passed the exam for a master fisherman and could establish his first professional fishing company of men. He owned fishing nets and had his own apprentices and journeymen who fished with his fishing gear. Mika introduced new fishing techniques, using the most up-to-date nets, as well as the laptaš fishing net, some of them 60 and even 80 meters long. Whenever possible, he spent his days and nights fishing with his company of men. There are records of him taking several weeks-long fishing trips, multiple times a year, sometimes catching genuine rarities. Some of these catches he donated to the Museum of the Serbian Land (today’s Museum of Natural History), but only a small portion has been preserved in the museum archives and collections today. He founded the first ichthyology collection in the Museum, in cooperation with P. Pavlović, the then Director of the Museum of the Serbian Land. This collection exists even today in the Museum of Natural History, registered under reference number 597.02. 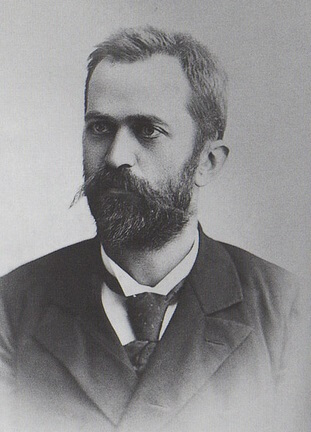 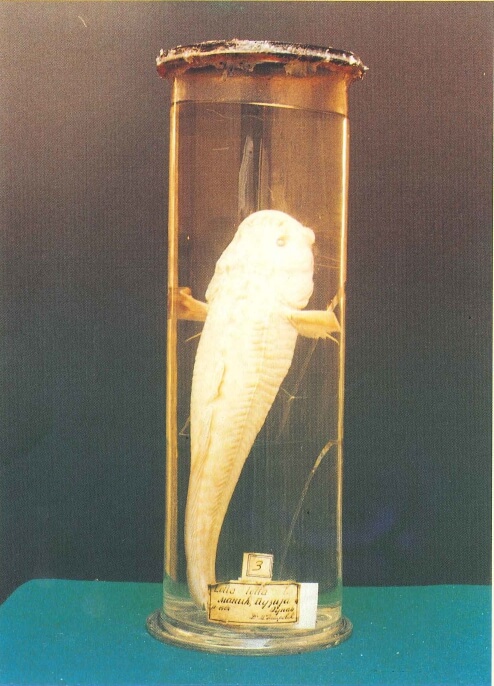 Only later, as part of his extended university studies, did Mihailo Petrović decide to study mathematics in Paris. At that time, biology studies were not separated, which meant that Mihailo Petrović received the same academic naturalist education as did the then university professors, zoologists, who taught ichthyology. It was only much later, when Mihailo Petrović already established himself as a celebrated connoisseur of fishery, that giants such as Stanko Karman and Siniša Stanković appeared, giving their capital contributions to ichthyology. However, being modest, Mihailo Petrović frequently published his professional and popular articles in the field of fishery under the pseudonym “The Old Fisherman,” and maintained that when it came to fish, he only had his master fisherman certificate. In any case, Mika Alas, although primarily a mathematician, was one of the rare, and at times our only expert on fishery. Owing to his papers on ichthyology, today we have information about the centennial changes of the diversity of fish in Serbia. 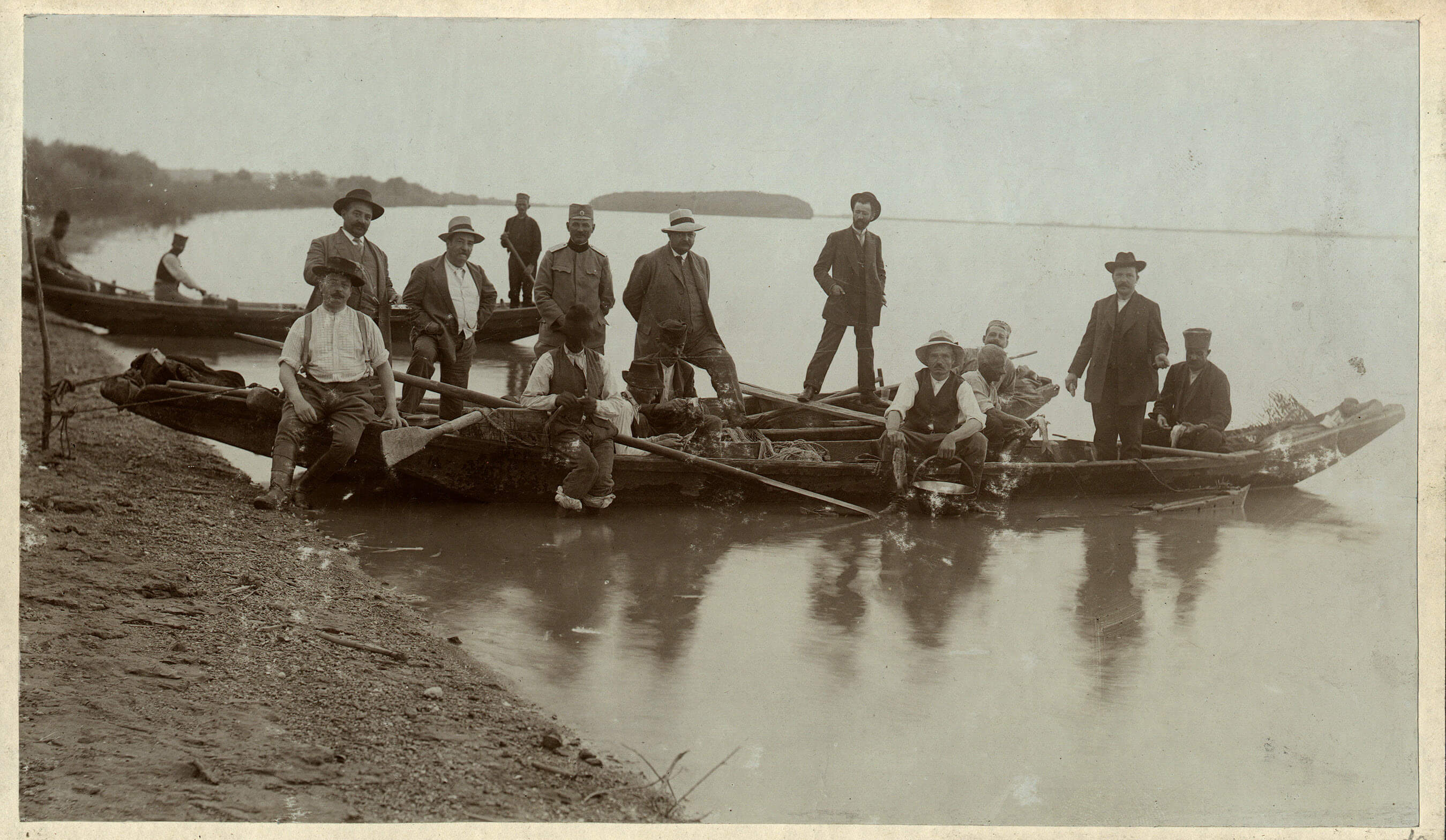 When Mika Alas first entered the secret world of fish, the vast expanses of ponds, lakes, swamps, flooded terrains with forests, provided perfect conditions for the fish breeding. He was born at the confluence of two great European rivers, with an extremely rich fish fauna that he very much kept in his memory. But then began the human engineered regulation of the river flows, and the drying of the soil. Mika Alas noticed dramatic changes taking place, and considered it one of his most important scientific tasks to leave behind authentic and documented records. Thanks to his work, today it is possible to reconstruct that referential state of affairs before introducing capital anthropogenic changes that are necessary for adopting the program of reverse reconstructing freshwater fish diversity. He published two seminal works, both in 1940: Beograd, negdašnji centar velikoga ribarstva (Belgrade, the Former Center of Great Fishery) and Đerdapski ribolovi u prošlosti i sadašnjosti (The Iron Gates Fishing in the Past and Present). In these valuable studies, he described the state of fishery in Serbia before the Danube river flow was regulated, that is, before the Đerdap hydroelectric power plant was built. Mihailo Petrović also wrote about the decline of the numbers of the Atlantic sturgeon, which no longer swam up to the Đerdap (the Iron Gates Gorge) part of the Danube. He compiled the first inventory and included scientific descriptions of the species of the fish living in the Belgrade river area. His overview is very detailed and includes commercially important species, known to everyone, but also those that are primarily of scientific value, bolstering the fledgling science of ichthyology in Serbia. In 1900 he published a paper on fish species found in the Drina river in Lovac (The Hunter) magazine, listing all the mountain and lowland freshwater fish species, and commenting noting that such a variety of fish fauna is of outstanding importance. Very soon after publishing his first work on fishing in Lovac magazine, in 1897, he started artificial breeding of the carp.

Perhaps the most important are his expert papers and reports on the fish-fauna found in the Macedonian lakes, especially the Skadar Lake and Ohrid Lake. In these papers, for example those published in the magazines Ekonomist (the Economist) and Trgovski glasnik (The Trader’s Gazzette), in Belgrade, 1913, Petrović was the first to justify the use of statistical method in conducting an economic analysis of fishing on the Ohrid Lake. Using his knowledge of mathematics, he was the first person in our region to merge two sciences – mathematics and fishery – to build statistical models in order to calculate the possibility of sustainable use of the fish fund of the Ohrid Lake. His extensive personal experience of rivers and his knowledge of ichthyology resulted in his, for that time, very progressive and realistic understanding that the fish funds needed to be preserved, and that this must be done by taking into account the interests of the local population making their living from the traditional manners of exploitation of the fish resources.

At the time when he lived, Mika Alas was one of the rare fishery experts. In 1898, he participated in the adoption of the first law on fishing in Serbia. Owing to his merits (knowledge of ecology and his understanding of the extent of endangerment of fish, along with his direct river fishing experience), the enacted law contained provisions that made it applicable to fishery in Serbia, despite the fact that it had been compiled based on the laws applied in other countries. In 1900, Serbian government commissioned Petrović to take part in international negotiations, held for the purpose of signing a convention on fishing with Austro-Hungary, in order to regulate fishing on the Sava and Danube rivers. Seven years later, Petrović again represented the interests of our country and successfully completed negotiations with Romanian representatives. Another convention was signed, and for his merits in consolidating the economic ties, especially fishery between Romania and Serbia, he received a medal, the Order of the Romanian Crown of the Third Order. 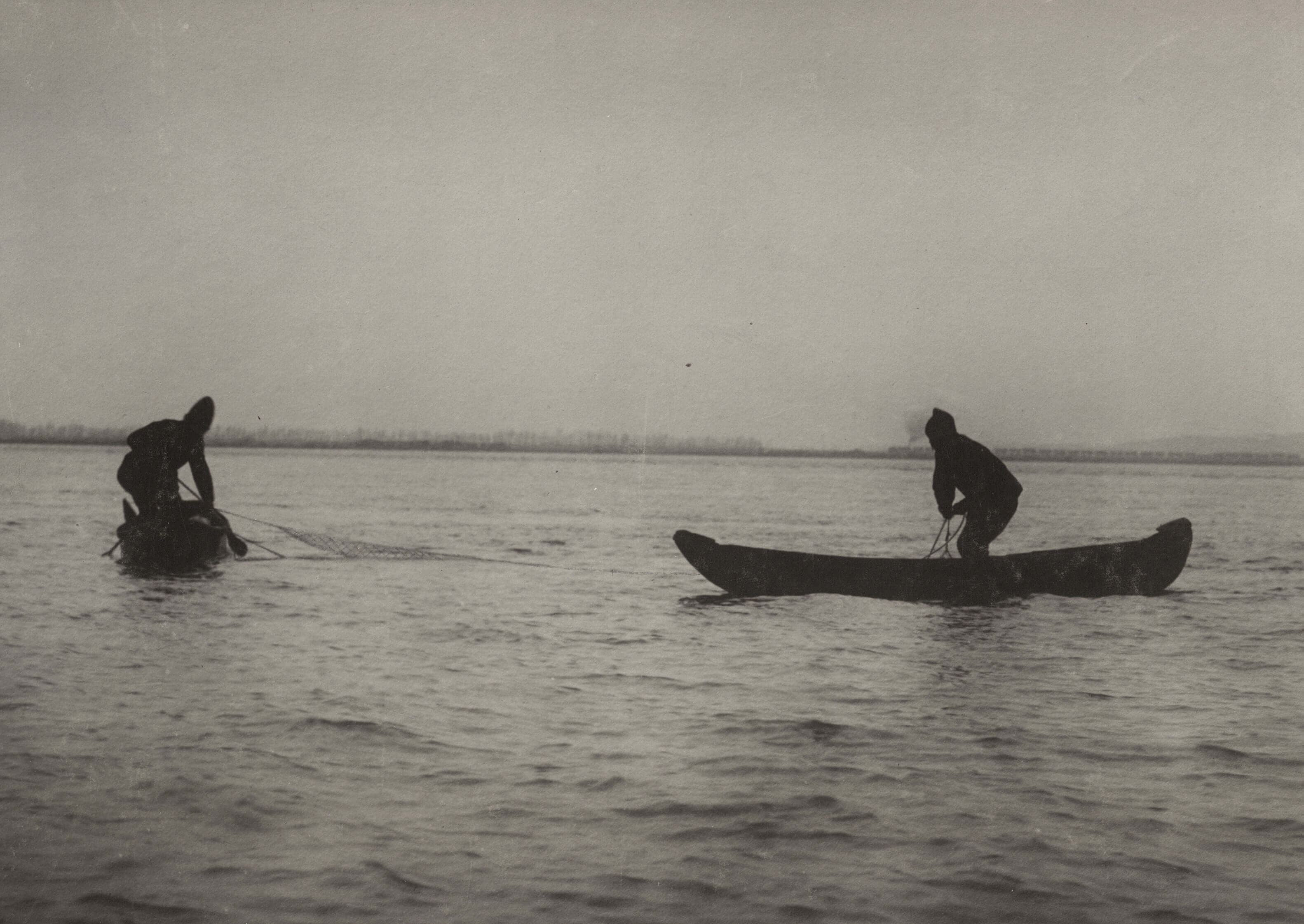 Mihailo Petrović owned his own fishing nets, and had apprentices and journeymen who fished with his equipment. (SASA Archive 14197/30)

At the beginning of the previous century, Mika Alas worked on the affirmation of Serbian fishery in the world. He wanted to show the extraordinary diversity of Serbian fish fauna in the European metropolises. He organized international exhibitions – in London in 1907 and in Turin in 1911. The very modern exhibition concept won him the first prize for exhibiting. He authored of the first exhibitions in the history of our fishing industry. Sponsored by the Serbian Agricultural Society, and in cooperation with the Director of the Museum of the Serbian Land, P. Pavlović, an exhibition of fish opened in Belgrade on September 28, 1908. The exhibition contained 75 fish samples from all our main rivers, to illustrate their diversity. Mika Alas himself caught most of these fish and prepared them for exhibiting, along with the famous taxidermist Dušan Stojadinović, Uncle Doša. In addition to the prepared fish, live fish were also exhibited, in a tank. Among the taxidermist preparations of barbell, carp, pike and thorn sturgeon, a capital sample of a catfish, weighing 83 kilograms, again caught by Mika Alas personally, was also exhibited. Especially impressive was the eel taxidermist preparation, again caught by Mika Alas personally around the time of the exhibition, an act otherwise rarely possible because this type of fish is very rarely found in the Sava and the Danube. This taxidermist mount is preserved in the Natural History Museum to this day. The exhibition also had an educational character, and was use to present the law on fishing, along with the international conventions on fishery, and the plans for future efforts in fish protection. 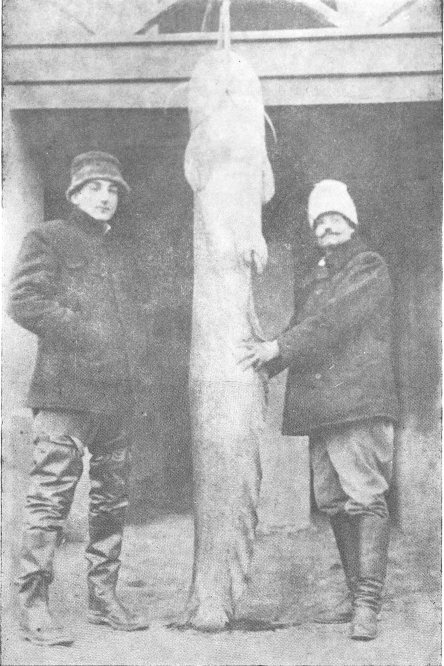 Mihailo Petrović contributed to the development of marine biology and oceanography in several expert papers, and he also participated in the establishment of the first Yugoslav Oceanographic Institute in the city of Split. At a time when modern scientific research of the seas was in its early days, Mihailo Petrović was one of the few world explorers who sailed to the North and South Poles, and in the Atlantic and Indian oceans. Though we have his travelogues from these expeditions, showing his outstanding gift of storytelling, the essence of his travels continued to be ichthyological research. He participated in the fishing with of huge nets, and studied catches to determine the netted marine species. He was particularly interested, as he said himself, in the mystery of the death of an eel. 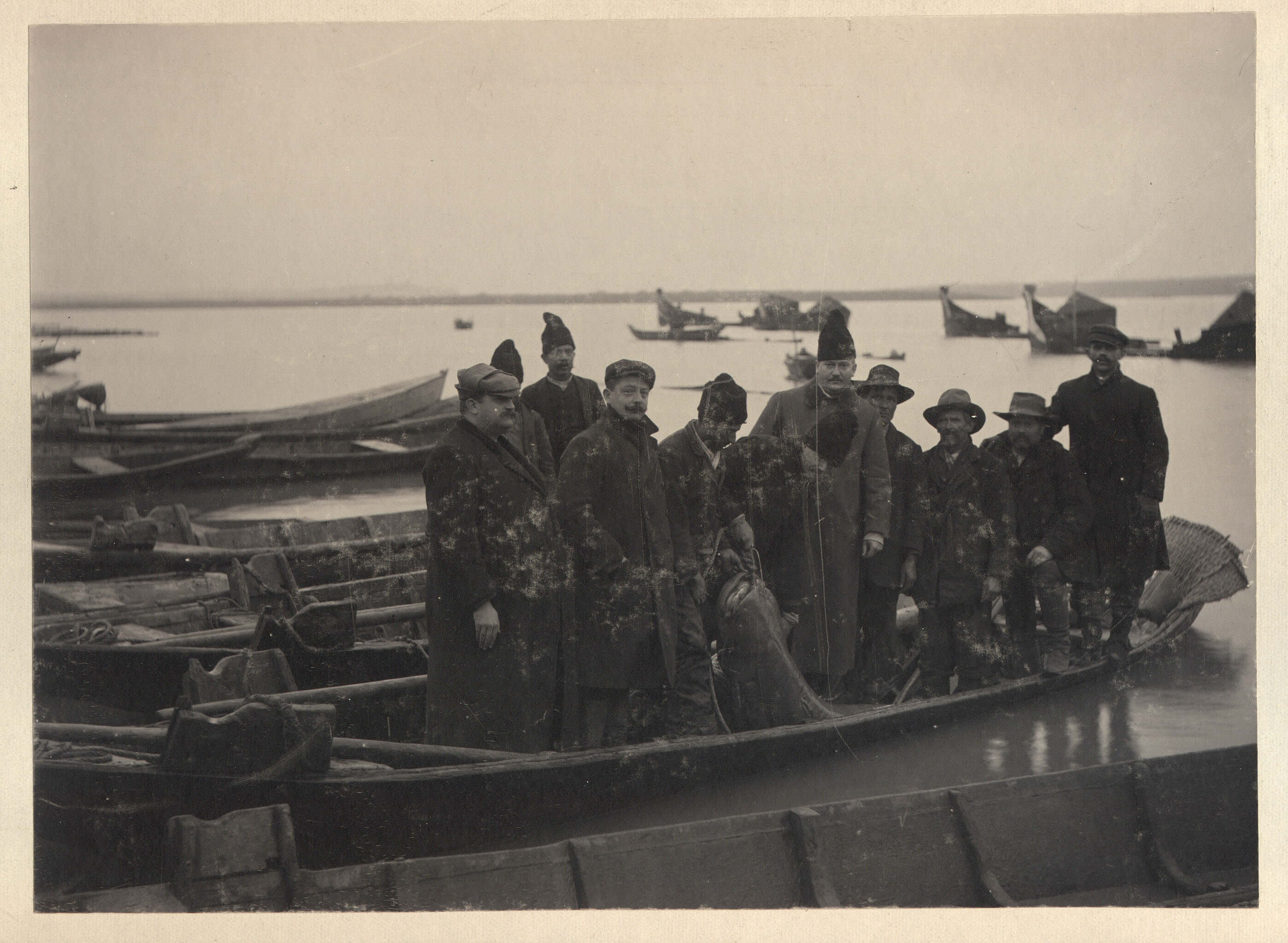 Since 1934, Petrović has fully occupied with the problem of eel breeding. Being aware that nothing is known about the phenomenon of fish spawning, except that it takes place at great depths of the Sargasso Sea, and that these small eel larvae chose there and then to which side to swim, American or European, he wanted to capture and document this momentum of transmission and present it for the first time to the global scientific public. He took part in a marine expedition, where he used special fishing nets in the Sargasso Sea at depths exceeding 1,000 meters, with the objective of catching small eel fry, and thus prove that indeed it was where they hatched. No one had been able to catch the eel larvae before that, and it was known that adult eels ended their last migration in that location, and it was assumed that it was where they spawned. He did not succeed in catching them, although after each failure he constructed a brand new net. He repeated the expedition in 1939. When everything promised success, and the desired depth was finally reached, the cord broke and the net remained lying at the bottom of the sea, forever preserving the possibly spawned eels. However, failure of that expedition did not discourage him, and he was determined to try again next year with a backup net. But the naval blockades imposed during the Second World War postponed the journey, and in 1943 Mika Alas died in Belgrade, not fulfilling his great desire to solve the mystery of the eel.

Mika Alas died in his house in the Kosančićev Venac, the crescent street, in Belgrade, his master fishermen friends, alases of the Danube and Sava carried his coffin to the nearby Cathedral Church and thus paid their last respect to a fishing master. He was buried in the family tomb at the New Cemetery.