Not only do true poetry and true science have common points, but they also display deep common properties. One such property, so much so that it is sometimes difficult to tell where science stops and where poetry begins, consists in revealing and utilizing similarities among disparate elements and facts.

VIEWED FROM THIS TEMPORAL PERSPECtive, we can claim that progress in Serbia, not only in mathematical sciences, but also in other natural and social, as well as technical sciences, was given a new impetus by various works by Mihailo Petrović in various areas of science and engineering. Most writings on Petrović stress his work as a mathematician, while these other aspects of his life and work are somewhat neglected in historical records. We may assume that Petrović began to be interested in the practical side of science in the period 1889–1894, when he resided in Paris where he acquired profound knowledge not only of mathematics, but also of other sciences, particularly physics. At the Sorbonne, as an excellent student, he earned degrees in mathematics and physics and a doctoral degree in mathematical sciences under the supervision of illustrous mathematicians: Poincaré, Hermite, Painlevé, Picard, Appel and others. He returned to Belgrade in 1894 and soon began to display his rich talent in a broad range of academic results and practical discoveries, inventions and patents. In his practical work, Petrović was, as he had himself stressed on several occasions, inspired by his important work in natural philosophy – mathematical phenomenology. In that regard, every invention and patent was for him an example of a materialized idea.

Patented and executed models and devices of Mihailo Petrović

Mihailo Petrović has often stressed the phrase materialization of differential equations. The engineers love this term, because if an idea exists that can make a difference in science, it can raise real living standards only if it is realized into a concrete device, mechanism or machine. Mihailo Petrović was a theoretician and a scientist, but also an experimenter who knew how to apply his mathematical knowledge to such a degree that it was ready to be handed over to engineers for realization. Some examples of such practically oriented discussions and realized ideas are: his work on mathematical modelling and analogue calculating machines, on the hydraulic integrator – hydro integrator and on the depth measurer made specifically for the Military-Technical Institute in Kragujevac. Here we will present several inventions and patents which have had interesting and important applications. Each of these inventions and devices testify to the high level of Petrović’s creativity and capability to transform abstract ideas and drafts into very useful devices and inventions.

From the bibliography of works as well as archive documents of the Institute for Patents in France and United Kingdom, we can establish that Mihailo Petrović had patented ten inventions. For nine he was granted a patent in France and for one in Great Britain. 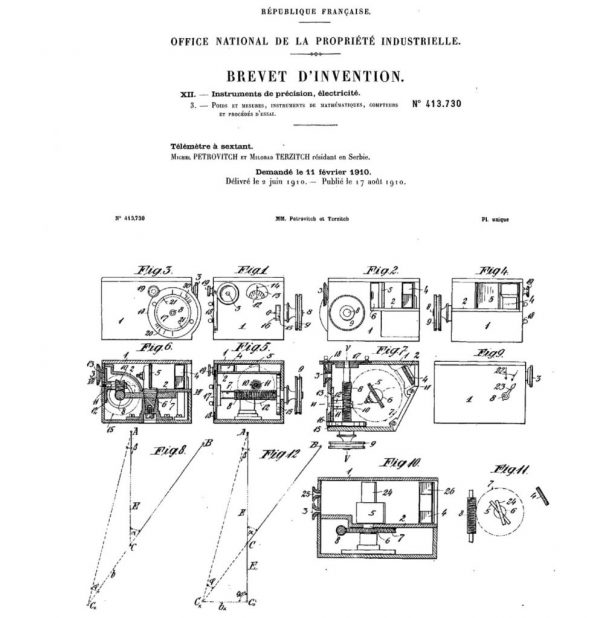 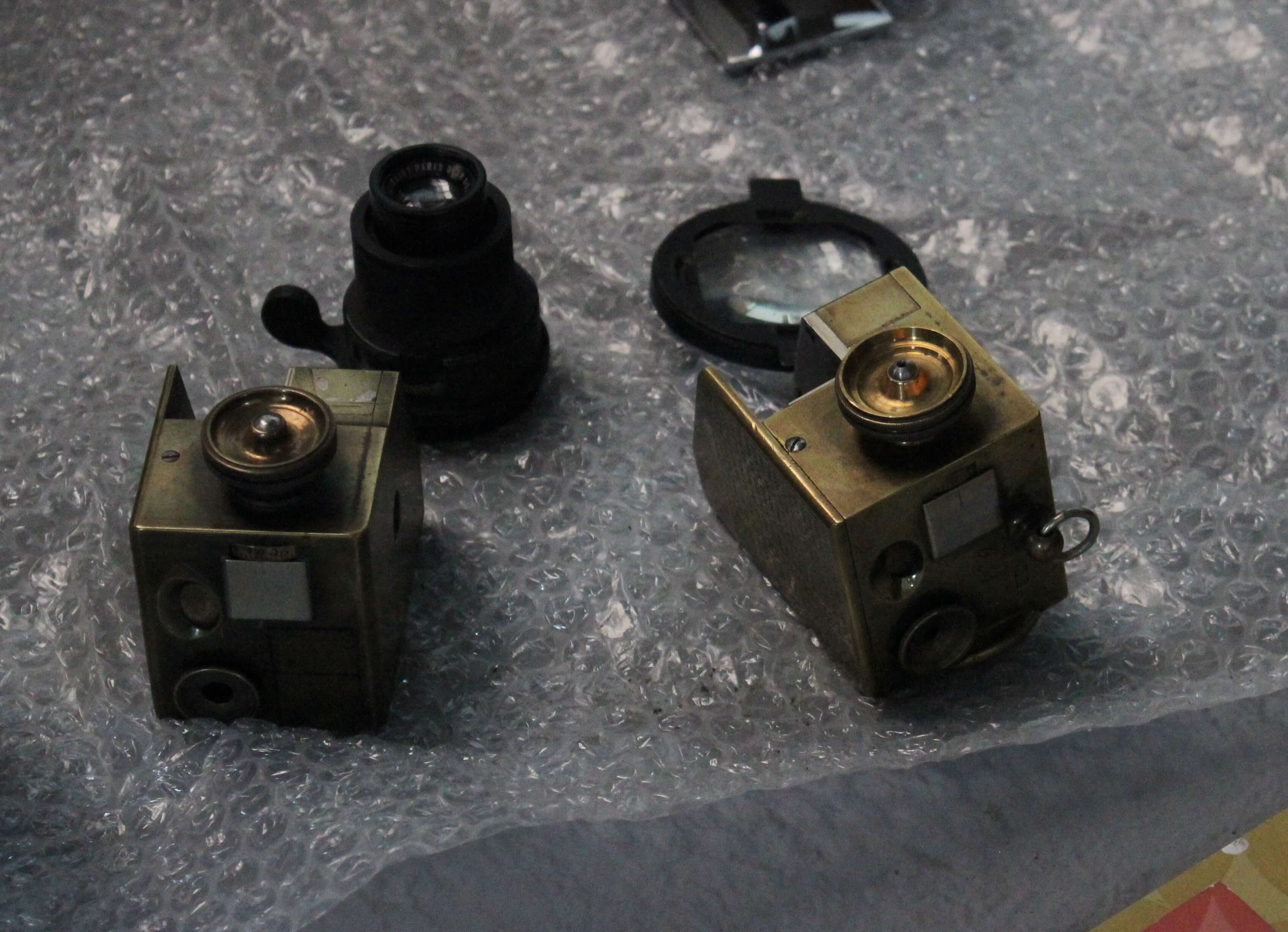 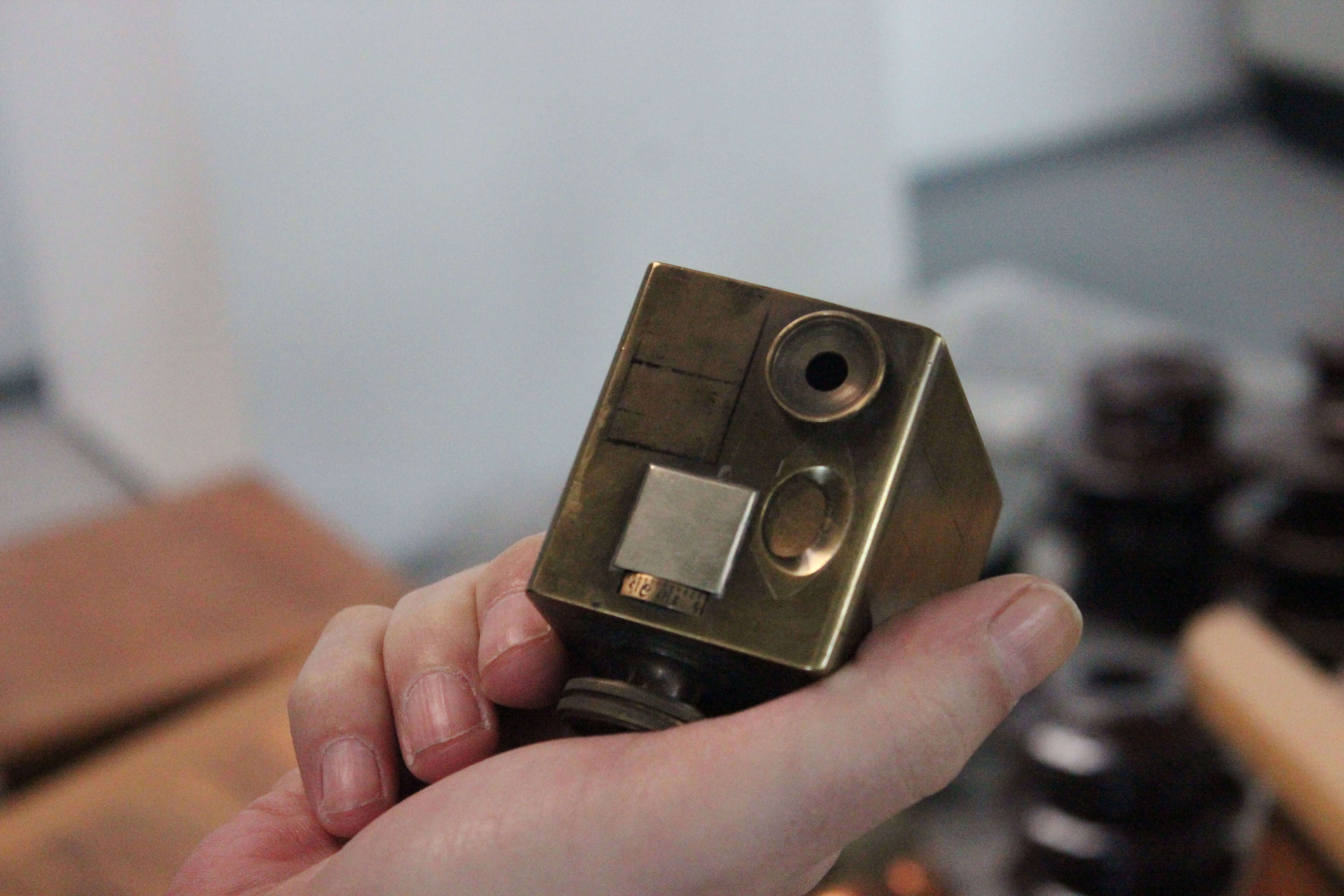 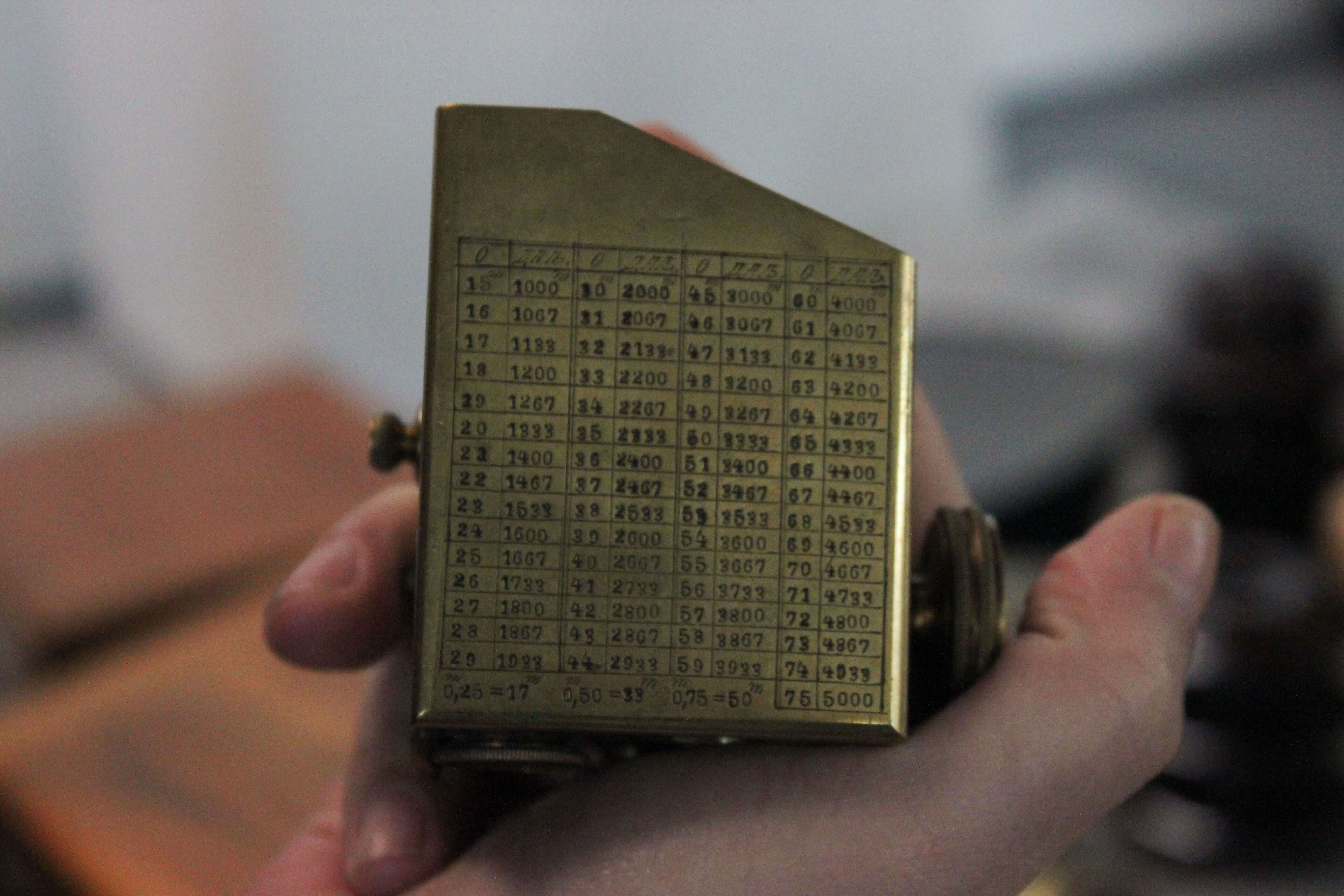 The depth measurer of the land artillery

The first patent is the depth measurer, constructed specifically for the Military-Technical Institute in Kragujevac. This device was constructed together with the General of the Serbian Army Milorad Terzić. The patent was bought and executed in Serbia and Russia (Paris 1910; No. 413730). The application for this patent Petrović had submitted to the French Institute for Patents on February 11, 1910, and the patent no. 413.730 was granted to him on August 17, the same year.

The next invention is the construction of the cogwheel transmitter (Paris-1913; No. 463082) which, according to Dr. D. Trifunović, is a precursor of automatic gears of cars and enables that transmission of the number of revolutions per minute should remain constant. He registered this patent together with Svetolik Popović, a machine nautical engineer of the Serbian Nautical Society. The registration for the patent was submitted to the French Institute for Patents on September 29, 1913, and patent No. 463.082 was issued to him on February 13, the following year. 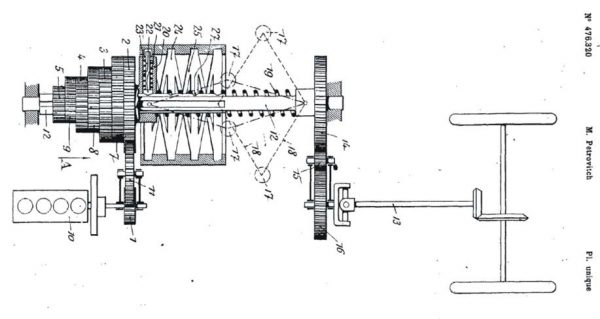 Petrović’s Eternal Calender was registered as an original authorial contribution into his bibliography and was madeofficial as a patent under the number 480.788, issued on September 21, 1916 by the French Institute for Patents on the basis of the documentation and application submitted on January 27, 1916.

The following invention by Petrović also belongs to this group of cogwheel transmitters of the number of revolutions per minute. It was patented under the name automobile gear under the patent number 476.320 on the basis of application of October 17, 1914 and the patent was granted on June 27, the following year, in 1915.

To these patents one should also add the model of the efﬁ cient avoidance of a mine ﬁ eld (Mémoire No. 120, 1920). Also in France, Petrović protected with a patent his device entitled The Means for Assuring Buoyoncy of Ships following Damage Made by Crash, Mine, Torpedo or Stranding. This device consists of a large number of bodies in the form of a baloon with appropriate sources of gases under pressure for inflation, that can be handled manually, remotely or automatically with the help of an appropriate electromagnetic device. The inflation of the component parts of this device results in prevention or slowing down of sinking of a floating vessel (a boat). The application for a patent for this device Petrović submitted to the French Institute for Patents on November 24, 1917 and patent number 515.072 was issued to him only on March 24, 1921. This patent he also protected in Great Britain in 1918 under the number 121.279.

The last patented invention we find recorded in Petrović’s bibliography represents a model of the motor with a piston of alternating impact, the main spindle of which was made with the coil for the transmission of the movement of the piston. Petrović made an application for patenting this model of the motor on February 15, 1918 and the patent number 495.040 was granted the following year on September 26. 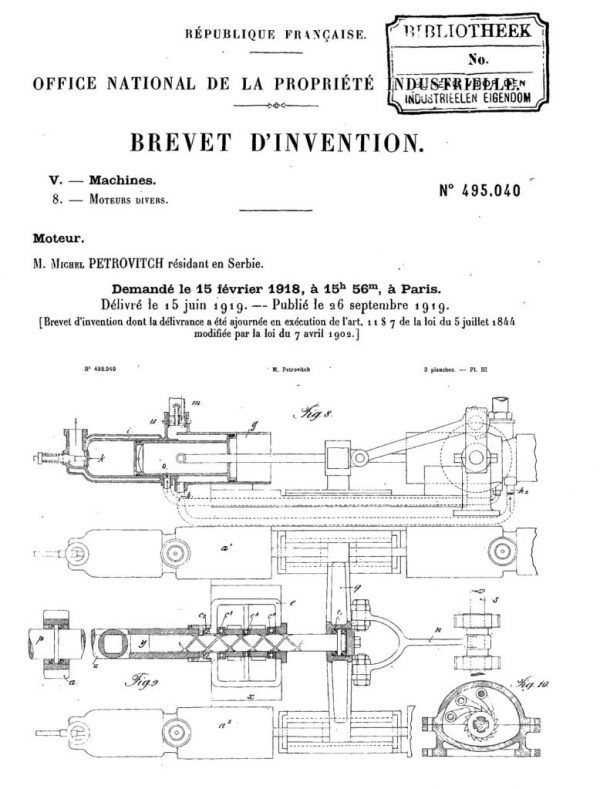 The sketch of a model of a motor with the piston of alternating impact, patent no. 495.040 (Espacenet European Patent Office, FR495040 A)

In addition to the technical devices protected by a patent, Mihailo Petrović is also an author of a series of inventions for which there is no record that they had been protected by a patent. One of those devices is the hydraulic intetegrator, about which there is a separate article of this Catalogue. Here we will describe several other devices, on the basis of information from the original feasibility study and information available in electornic form.

The depth measurer is Petrović’s invention intended for measuring depth at which a body partially (for example, a boat) or fully dipped (for example, a submarine) into the water. In literature, we can find an information that this patent cites number 96371 from 1918, as well as that “English Admiralty has issued a positive opinion about it.” According to some sources, Petrović recieved an invitation of British admirals regarding this invention, but there are no written documents about it. It is possible that the number mentioned with this invention represents a number of the submitted application to the French Institute for Industrial Property (Institut national de la propriété Industrielle) or some other patent institution.

The device for rapid launching and rapid determination of ﬁ re was an invention by Petrović important for military use. The application for this invention Petrović submitted on December 7, 1917 to the French Institute for Patents and the French patent number 493.774 was granted to him on August 21, 1919. 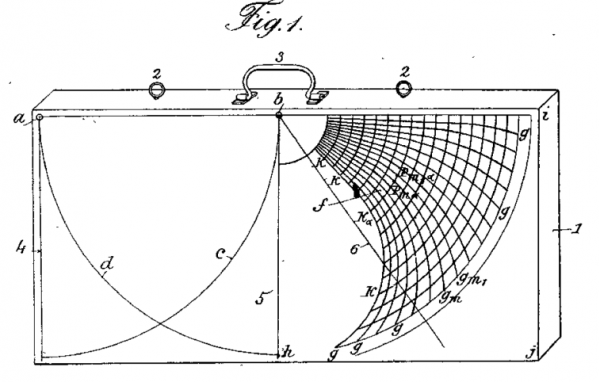 The device for quick launching and quick determination of elements of fire, patent no. 493.774 (Espacenet European Patent Office, FR495040 A)

The device for ejecting and launching a missile is Petrović’s second invention of a similar kind. It was intended for the use both in water and in air, as well as on the ground and in the sea. It was protected with the French patent number 503.321 on the basis of the application submitted on February 22, 1918 and granted two years later, on June 8, 1920. 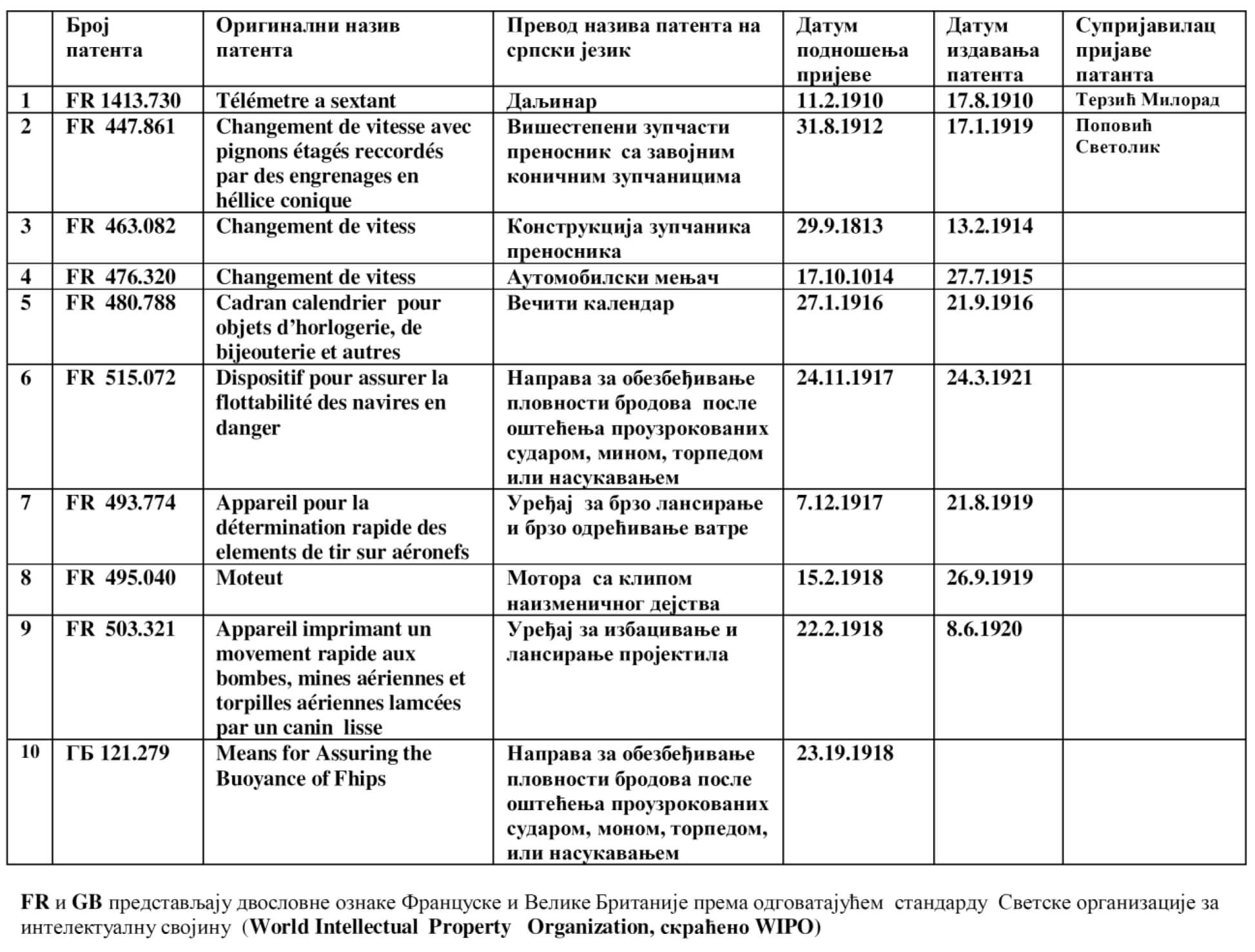 Having done a researching of patents registered by Petrović, Snežana Šarboh, M.Phil, searched available patent databases. Particularly useful in that regard were the database of the European Patent Office (ESPACENET) and the German Patent and Trade Mark Office. Dr. Ivana Atanasovska continued the search of the patent database of the European Patent Office ESPACENET and has found patent documentation for all ten patents by Petrović. The confirm a total of 10 (ten) granted patents of Petrović and on the basis of that, the above table has been made. Nine patents were registered in France and one in Great Britain. However, we cannot in all certainty claim that it is the final number of patented inventions by Mihailo Petrović.